The return of the vulgar home bar

These seem to be back and we need to make a stand against this vulgar trend in interior design. 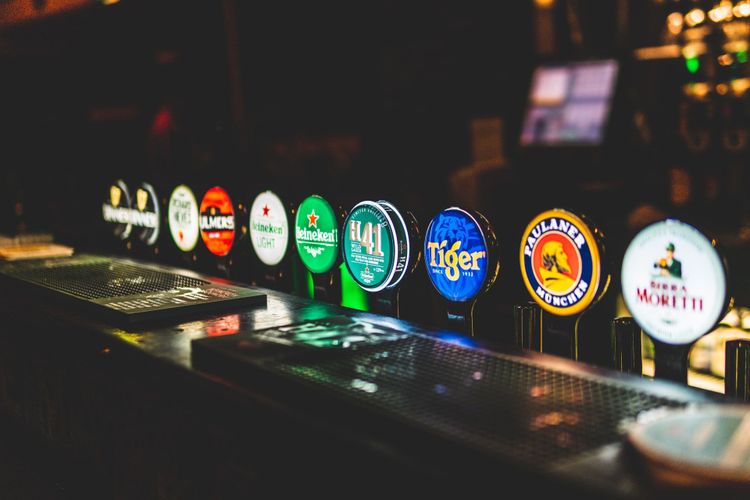 Photo by George Bakos on Unsplash

A few months ago my son returned from a party at a friend’s house. "They have a bar in the house" he said, I gasped for air as I realised we were allowing him to mingle with such people.

But it was a false alarm, they are actually academics from an Arab country, they don't drink and the house, a charming villa in a well-heeled area, is only a short term let arranged by the university as they relocate here.

Home bars always remind me of movies from the 50s. Some terrible structure wedged into the corner of the room, Formica plastic, a colour which we will never know but probably pale blue or pink. They always have an ice bucket, 6 glasses and some bottles of crap booze.

Everyone seemed to knock back vodkas and whisky with amazing regularity back then, and it was not an invention of the movies.

Our alcohol intake was massive back then, accounting for a big amount of our calories. Seeing as bars were places where you could just drink until passing out the middle classes made some area in the house with a bar of sorts. Stick on some bossa nova music and delude themselves they are drinking with Jobim and Sinatra.

So today I'm reading in the Telegraph these things are back, and fashionable again. Presumably as people no longer want to go to places where they might be breathed upon.

"Whether you’re planning a glamorous cocktail party or just sharing a nice bottle of wine".

That is telegraph speak for "drinking 5 bottles of shit wine from a shelf".

I was aware that people had been drinking in sheds and stuff like absolute animals recently as pubs were closed. People need to be honest here, a fridge and 5 quid fairly lights do not make it a bar.

But it's now reached the telegraph, so everyone will want one, In our working day we can move from the home office, to the home bar and then to the home theatre. This is where we are now as a society and a culture.

Please, don't get a home bar, move somewhere that has places you can drink in where you won't be assaulted.

As property professionals we must push back against this affront on the senses. Folk will be throwing up plywood in ever home in the country. Ice bucket, three bottles of crap spirits and life just got a lot, lot worse for the country.